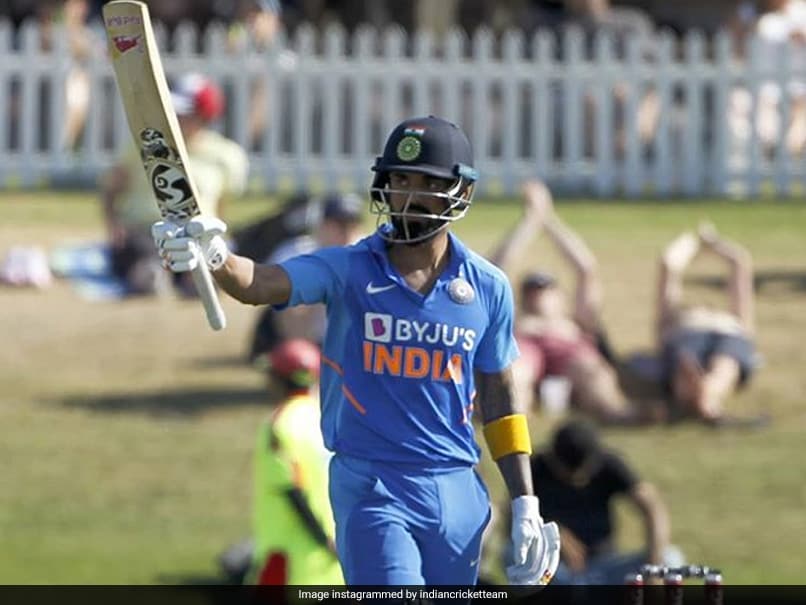 Ahead of the upcoming three-match ODI series against Australia, India’s white-ball vice-captain KL Rahul on Wednesday said that his batting position will depend on the format the team will be playing. India and Australia are slated to lock horns in three ODIs, three T20Is, and four Tests. The first ODI will be played on Friday, November 27 at the Sydney Cricket Ground. The Virat Kohli-led side will be without the services of Rohit Sharma as the right-handed batsman is currently at the National Cricket Academy (NCA) to gain his full fitness. Rahul is also the vice-captain of India’s white-ball team in the absence of Rohit.

“My batting position will depend on the format I am playing and what the team wants from me and what combination sits better, the last ODI series we played, I batted at number five and I kept the wickets so yeah, it is a role that I enjoyed and I am happy to play whatever role the team gives me,” said Rahul in a virtual press-conference on Thursday.

“Look I haven’t played a lot of 50-over cricket for a continued period of time, though I have been a part of the Indian team for a few years now, I have not gotten a continued run in the 50-over format like this, it feels good that I am contributing for the team,” he added.

Rahul will be entering the white-ball series against Australia with good form behind him. The Kings XI Punjab skipper scored 670 runs in 14 matches in the recently concluded IPL and he also won the Orange Cap (most runs in a single edition of the IPL).

“I mean I did get a little bit of feeler with the IPL, I had to play similar roles there as well, it was challenging and it was new, but I got used to that role and I started enjoying it. Hopefully, I will continue the same here, Virat will always be there for the boys and that will make my job a little easier. It is a very proud moment, and hopefully, I can keep on putting similar performances,” said Rahul.

“Look, I learnt to stay in the moment in the IPL, when I am wicket-keeping for those last 3-4 seconds when the bowler is running in, I learnt to switch on and not focus on the leadership part. It will be important for me going forward, it is important to start well in the white-ball leg, Australia is a country where we have enjoyed competing,” added the 28-year-old.

After the white-ball leg, both sides will shift their attention to the longest format of the game. The first Test between India and Australia will be a day-night contest, beginning from December 17 in Adelaide.

The four-match series will be a part of the World Test Championship (WTC). Australia are on top of the standing while India is at the second position after ICC altered the points system for WTC due to the coronavirus pandemic.