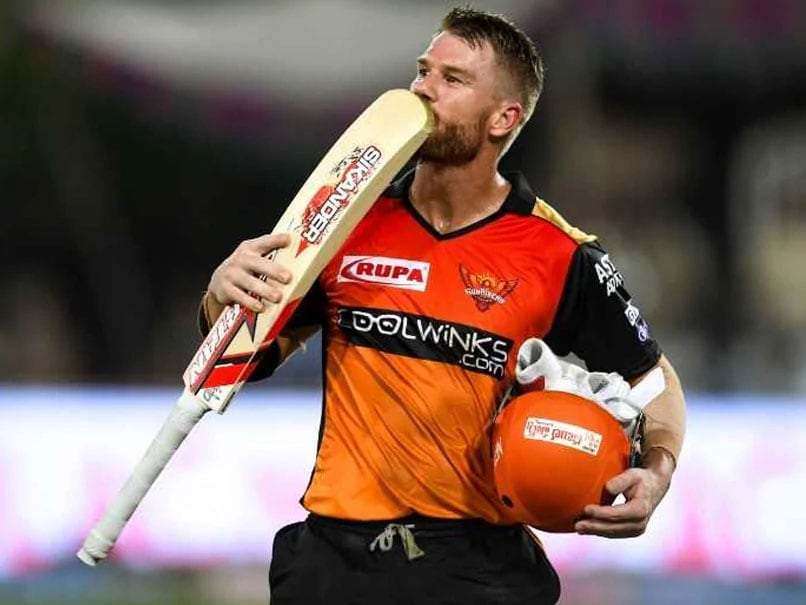 Swashbuckling Australian batsman David Warner has been reinstated as SunRisers Hyderabad (SRH) captain ahead of the upcoming edition of the Indian Premier League (IPL). Warner had missed the 2018 IPL season in the aftermath of the infamous Sandpaper Gate controversy wherein he was handed a one-year ban by Cricket Australia. The Australian board had also said that the left-handed batsman will not be considered for team leadership positions in the future. However, Warner returned to IPL action last year and played under Kane Williamson for the Hyderabad-based franchise. “I’m thrilled to be given the captaincy for IPL 2020,” Warner said in a message posted on the SRH Twitter handle. “I’m extremely grateful to be given the opportunity to lead the team once again.

“I’d like to thank Kane and Bhuvi (Bhuvneshwar Kumar) for the way you guys led throughout the last couple of years, you guys did an outstanding job. And I’ll be leaning on you guys for support and your insight to the game as well. And to the management thank you once again for giving me this opportunity. And I’ll try my very, very best to lifting that IPL Trophy this year,” he added.

SunRisers will begin their IPL 13 campaign against Mumbai Indians on April 1 at the Rajiv Gandhi International Stadium.

June 19, 2020 0
The Indian Premier League (IPL) Governing Council will be meeting next week to review the various sponsorship deals associated with...

Watch: Kishan, Iyer “Left In Awe” As Kohli Bats In The...