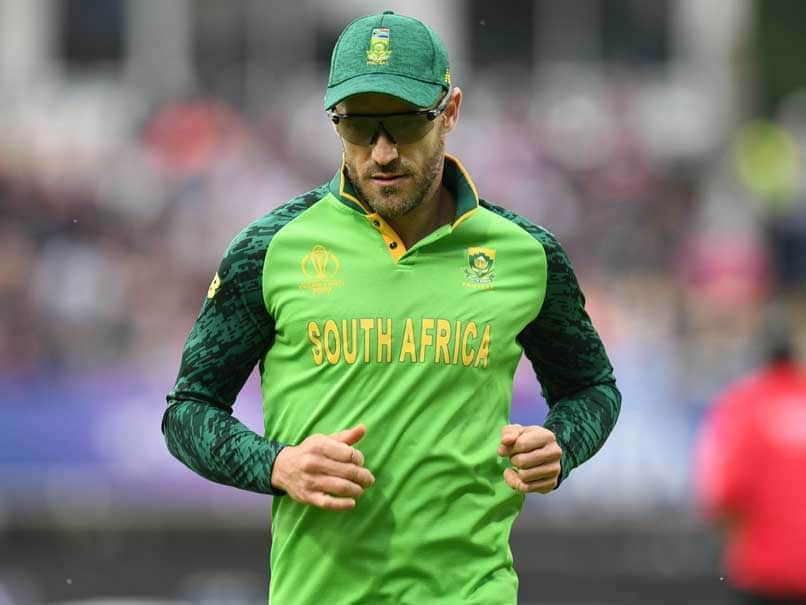 Former South African captain Faf du Plessis said on Monday he remained committed to the national team despite standing down from the role after one of his most challenging campaigns. In a pre-recorded interview released by Cricket South Africa, 35-year-old Du Plessis revealed some of the thinking behind his decision to give up the position in February. He also said the decision to rest him from most of the country’s limited over matches in the past campaign had been at his request.

“The season gone by is probably one of the toughest I had to face over my career because it had a lot of different elements to it that wasn’t just cricket,” he said.

He did not elaborate on the “elements” but it was a period during which there was turmoil in the administration of South African cricket, culminating in the suspension of chief executive Thabang Morne and the appointment of former wicket-keeper Mark Boucher as coach and ex-Test captain Graeme Smith as director of cricket.

Du Plessis said what had been an “emotional rollercoaster” started with a poor 2019 World Cup campaign in England.

It got even tougher when South Africa went to India with an inexperienced team and coaching staff and suffered heavy defeats in all three Tests.

“I was up for the fight but the sheer amount of pressure that the India team put on us took us to a breaking point,” he admitted.

“It was obvious to me that as a Test team we weren’t near where we wanted to be.”

Going into the 2019/20 season, Du Plessis was one of South Africa’s most successful Test skippers, with 17 wins in 29 matches.

But despite Boucher’s appointment, backed by the experience of Jacques Kallis as a batting consultant, the defeats in India were followed by a 3-1 home loss in a home series against England which meant he finished with an 18-15 win-loss record in 36 Tests.

“Then the pressure really started pointing towards me and a lot of energy was pushed towards me. I just felt at the time that I had been fighting the good fight for the Proteas and I gave it my absolute everything,” he said.

“On reflection after the Test series, I went away and that was when I thought it was the right time,” he added.

Quinton de Kock has been made limited overs captain but a new Test skipper has yet to be appointed.

But Du Plessis said he was fully committed to providing support to a new leadership group and an enforced time away from the game because of a COVID-19 lockdown had reminded him how much he enjoyed playing cricket and how much he wanted to remain involved with South Africa rather than signing a contract to play overseas.

“I have been a captain since the age of 13 and I’ve always looked at myself as a leader before a player,” he said.

“I enjoy that more than anything else so I will always miss it but I do think the time is right for me to move on to what will be a position of growing other leaders.

“This is something I have looked at as my real purpose in the next year for the Proteas – to really get stuck in and grow guys and share my experience.”

February 9, 2020 0
Nepal teenager Kushal Malla has become the youngest batsman to score a one-day international half-century in men's cricket. The left-handed Malla made 50...

Worried Umpire Refused To Give Tendulkar Out Before His ODI 200:...

Kohli Tells Tamim Iqbal What Goes Through His Mind While Chasing...