The Cric BuzzThe cric Buzz
Home News India Squad For First Two Tests Against England To Be Picked On... 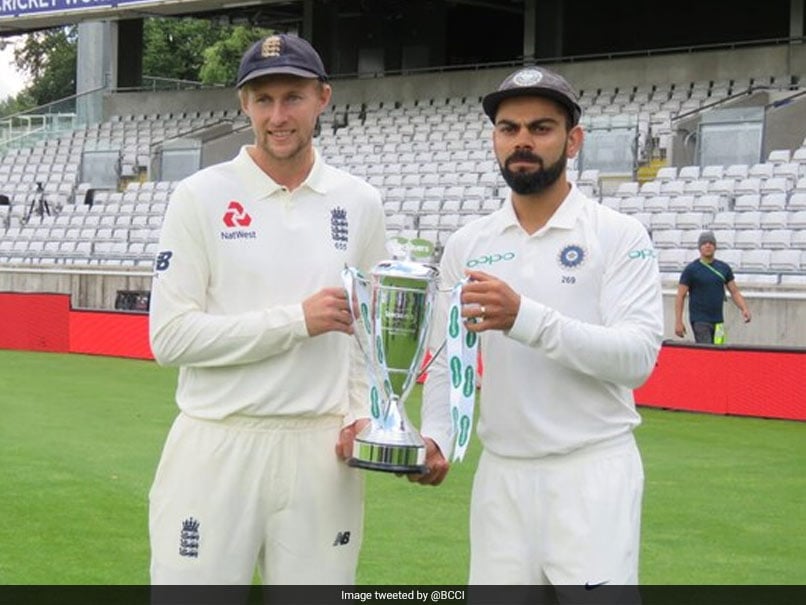 The Indian selectors led by Chetan Sharma will meet on Tuesday to pick the squad for the first two Tests against England which gets underway at the MA Chidambaram Stadium in Chennai from February 5. An eye will be on the injury status of the likes of Mohammed Shami, Ishant Sharma, Ravichandran Ashwin, and Jasprit Bumrah. Chief selector Chetan Sharma, Sunil Joshi, Harvinder Singh, Debasis Mohanty, and Abey Kuruvilla will need to see if the likes of Bumrah and Ashwin can be back for the first game in Chennai after missing out on the final Test of the series against Australia at The Gabba.

BCCI interestingly posted a video of both Bumrah and Ashwin bowling during a training session around the fourth day’s play in Brisbane.

The tweet read: “.@Jaspritbumrah93 & @ashwinravi99 were seen getting into the groove at The Gabba earlier in the day..Seems like the warm-up for #INDvENG is already underway #TeamIndia.”

While Ishant Sharma is almost certain to come back into the team after putting up a strong display for Delhi in the Syed Mushtaq Ali Trophy, Bhuvneshwar Kumar has also done well for Uttar Pradesh. While Ishant has picked five wickets in four games with best figures of 2/16, Bhuvi has picked four wickets from four outings with best figures of 3/22.

Virat Kohli is set to return as the skipper after going on paternity leave during the ongoing series against Australia and one of the tougher calls will be to accommodate the likes of Shardul Thakur, T Natarajan, and Washington Sundar in the team for the Tests against England. After their inspiring show in the final game at The Gabba, it will be a little unfair if the big players return to take their positions back.

The Australia series saw India losing Mohammad Shami after the first Test as he broke his arm during the second innings at the Adelaide Oval. Umesh Yadav was ruled out with a calf injury during the second Test at the Melbourne Cricket Ground, Ravindra Jadeja and Hanuma Vihari were ruled out after their efforts in the third Test at the Sydney Cricket Ground. While Jadeja broke his thumb, Vihari had a Grade 2 tear. And finally, India lost the services of Bumrah and Ashwin going into the final game of the series.

While Ashwin had back issues, Bumrah couldn’t recover from an abdominal strain. If all this wasn’t enough, Navdeep Saini too broke down during the first innings in the fourth Test, but did return gingerly to bowl in the second innings.

The first two games of the 4-game series are to be played in Chennai before the cricketers move to Ahmedabad for the third and fourth Test.

Sammy Stresses On Need To Educate Youngsters About Anti-Racism

“This Is Not Under-19 Cricket”: Gill Recalls Hardik’s Funny Sledge