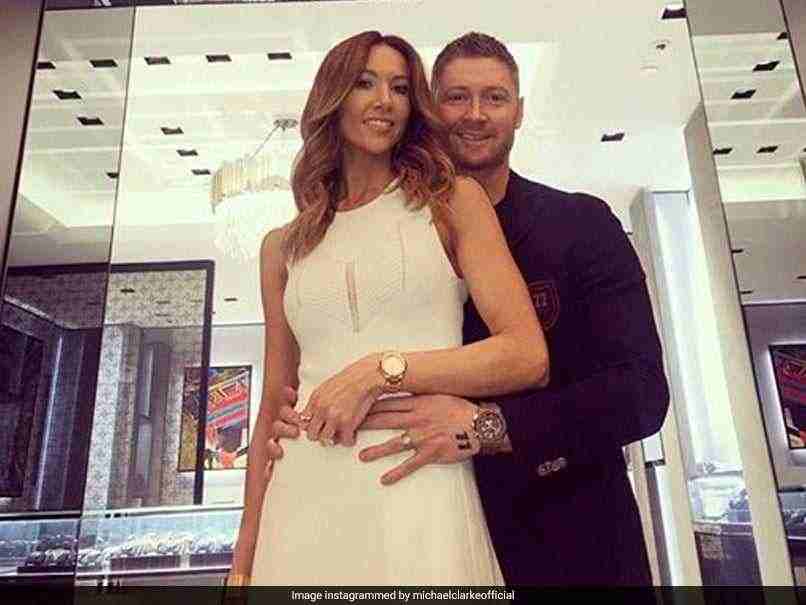 Former Australia captain Michael Clarke and his wife Kyly have announced their divorce after seven years of marriage. The couple, who got married in May 2012, have a four-year-old daughter Kelsey Lee. “After living apart for some time, we have made the difficult decision to separate as a couple, amicably,” the couple issued a joint statement to The Australian on Wednesday. “With the greatest of respect for each other, we’ve come to the mutual conclusion that this is the best course for us to take while we are committed to co-parenting of our daughter.”

It is reported that the divorce is worth approximately USD 40 million.

According to Fox Sports, the celebrity pair separated five months ago, with Clarke moving out of their home in Vaucluse before relocating to the pair’s Bondi beachfront pad, worth USD 8 million.

It is also reported that 38-year-old Kyly Clarke will continue to occupy the Vaucluse property with their daughter.

The 38-year-old has also confirmed that he will be joining the Big Sports Breakfast show this year alongside former rugby league great Laurie Daley.

He posted a photo alongside his co-host on Instagram on Thursday following reports last week he would be joining the breakfast radio show on Sky Sports Radio.

Clarke, who led Australia in their successful World Cup campaign in 2015, retired from international cricket in 2015 after playing 115 Tests in which he scored 8,643 runs, including 28 centuries. He also played 245 ODIs and 34 T20Is.

February 27, 2020 0
The home of all the highlights from the ICC Men’s Cricket World Cup 2019. Get to know India's former captain and wicketkeeper, MS Dhoni. Subscribe...

“One For The Future”: Shubman Gill Gets Praise For Gritty 91...

Sunrisers Hyderabad vs Kings XI Punjab Live Score, Over 1 to...

“This Is Not Under-19 Cricket”: Gill Recalls Hardik’s Funny Sledge