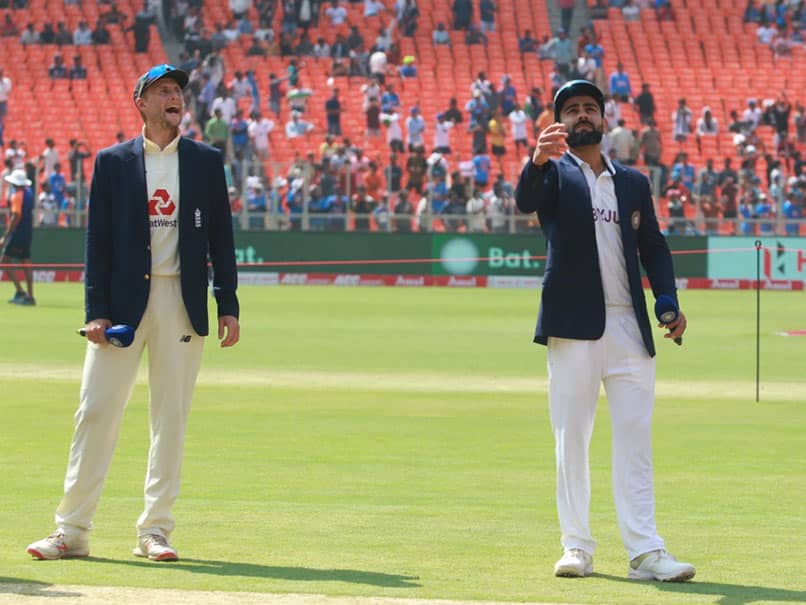 IND vs ENG: Virat Kohli-led India were asked to field by Joe Root, who won the toss in third Test.© BCCI


Indian skipper Virat Kohli is worried that the lights at the Narendra Modi Stadium here could potentially impact visibility and said the players will need to adapt quickly. The refurbished stadium, the largest cricketing arena in the world, doesn’t have the traditional floodlight towers but a ring of LED lights around the perimeter of its roof. It is similar to the ”ring of fire” at the Dubai International Stadium, which often poses a challenge to the fielding side. “It is such an exciting atmosphere here at the largest cricket stadium. I’m a bit more worried about the lights than the colour of the seats,” Kohli said at the toss ahead of the day/night Test against England.

“When it gets lost with the lights at the back, it’s hard to spot the ball. We’ve played at a similar stadium at Dubai. It’s about angles, body positions. You need to adapt pretty quickly,” Kohli added.

During last year’s Indian Premeir League in the UAE, several regulation catches were dropped by fielders in Dubai due to the blinding lights, as compared to the stadiums Abu Dhabi and Sharjah.

Kohli also reiterated that he doesn’t think the orange seats at the stands would pose a visibility challenge for the players.

Coronavirus Crisis Has Made Us More Compassionate: Virat Kohli

April 21, 2020 0
India skipper Virat Kohli on Tuesday said people seem to have become more compassionate while coping with the COVID-19 pandemic and hoped the...

IND vs SA Remaining Two ODIs To Be Played Without Spectators:...

IND vs SA Remaining Two ODIs To Be Played Without Spectators:...