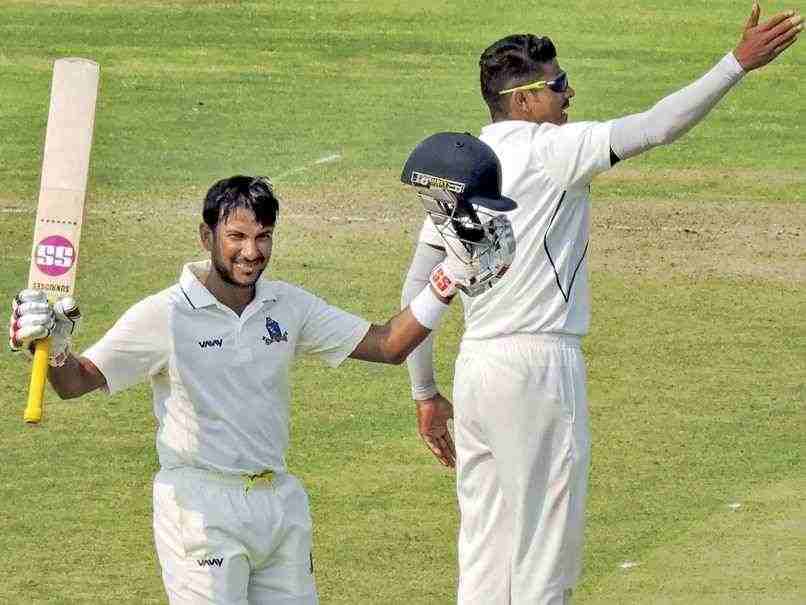 Anustup Majumdar’s gritty century rescued Bengal from a hopeless 46 for five in a dramatic turnaround for them on the opening day of their Ranji Trophy quarterfinal against Odisha in Tangi on Thursday. At stumps, Bengal were 308 for six. Put in by a pace-heavy Odisha, Bengal found themselves in all sorts of trouble in the first session. Suryakant Pradhan (2/96), Preet Singh Chohan (2/52) and Basant Mohanty (1/48) used the early moisture to advantage and blew away the Bengal top order. But old warhorse Majumdar, playing in his sixth match of the season, led a turnaround with an unbeaten 136 (20 fours), a composed innings that came under tremendous pressure.

Majumdar, who will turn 36 next month, had scored 99 in a similar situation in their rain-affected drawn encounter against Delhi earlier this season.

Rookie all-rounder Shahbaz Ahmed, a Royal Challengers Bengaluru recruit in IPL, also showed a lot of maturity at No. 7, the left-hander slamming an unbeaten 82 to help Bengal take control in a fruitful final session.

With the duo putting on an unbroken 167-run stand for the seventh wicket, Bengal looked solid in the final session, which saw them score 99 runs at an impressive run-rate of 3.41.

Wicketkeeper Shreevats Goswami chipped in with 34 and lent Majumdar the initial support in a 95-run partnership, which steadied what looked like a sinking ship.

The home team toiled after the initial success but it turned out to be a perfect batting strip as the day progressed.

Having missed the mark by just one run against Delhi in a rain-interrupted match at the Eden Gardens, Majumdar elegantly swept Govind Poddar to the square-leg boundary to get to his eighth century, his first since December 2017.

Incidentally, Majumdar’s last century (132 not out in second innings) too had come in a Ranji Trophy quarterfinal when Bengal got the better of Gujarat in 2017-18.

Earlier, talented India A regular Abhimanyu Easwaran, who was made the captain this season in place of Manoj Tiwary, continued his miserable run and fell for seven to become the first casualty.

Pace spearhead Mohanty, who is playing in his 100th first-class match, dismissed Koushik Ghosh as both the Bengal openers were back in the dressing room inside seven overs.

Suryakant Pradhan trapped Abhishek Raman, who was preferred over the experienced Sudip Chatterjee by the Bengal think-tank, as they slid to 25 for three.

Arnab Nandi looked set and slammed four elegant boundaries, but could not convert his start. And then came the day’s biggest blow as Debabrata Pradhan accounted for the in-form Tiwary.

R Ashwin Not To Play For Yorkshire As Team Cancels Overseas...