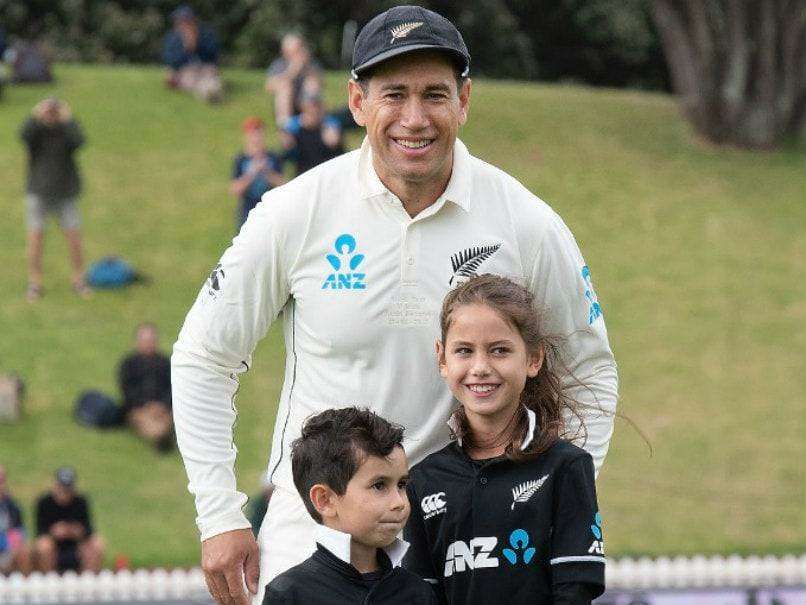 Ross Taylor, veteran New Zealand batsman, made history on Friday by becoming the first cricketer to play 100 internationals in all three formats of the game. Ross Taylor walked out with his kids in his 100th Test appearance as New Zealand took on India in the first Test of the two-match series at the Basin Reserve in Wellington. He is New Zealand’s leading run scorer in Tests and One-Day Internationals, with 40 centuries across the two formats, more than any other New Zealand player.

In his 100th Test, Taylor managed to just about cling on to a catch at first slip as Kyle Jamieson picked up the big wicket of India captain Virat Kohli for 2. Jamieson, who is making his Test debut, had removed Cheteshwar Pujara earlier to put India on the backfoot on Day 1 morning.

New Zealand had won the toss and elected to bowl on a green wicket and with breezy, overcast conditions in the first Test against India in Wellington.

“It’s a bit soft on top but it has that green tinge so hopefully we make an impact with the ball,” captain Kane Williamson said.

India skipper Virat Kohli said he would also have bowled had the toss gone his way.

“It’s a no-brainer on day one. It’s going to be overcast all day. That said, the pitch looks better than it was two days ago with a lot of the grass taken off,” Kohli said.

Taylor, who last month played his 100th T20I in the five-match series against India, has also played 231 ODIs for the Black Caps.

Jaffer’s Cheeky Dig At Men’s T20I Team Of The Decade With...