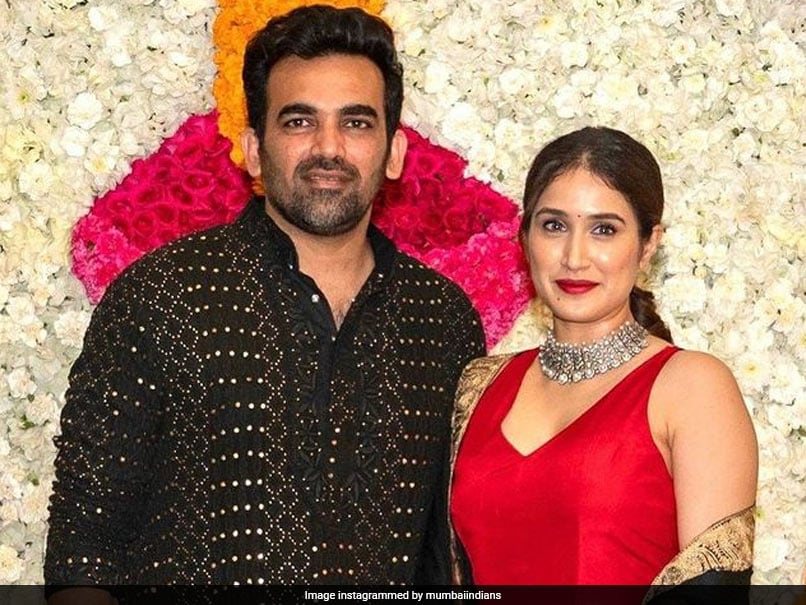 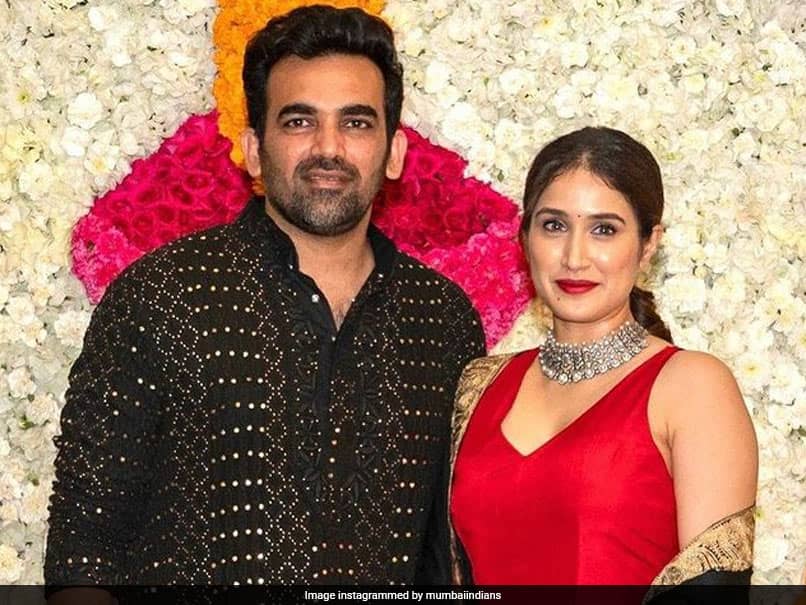 Zaheer Khan was recently in UAE for IPL 2020© Instagram


Taking to social media, Indian Premier League (IPL) outfit Mumbai Indians (MI) passed on their wishes to Zaheer Khan and his wife Sagarika Ghatge on their three-year wedding anniversary. The former Indian pacer is currently serving as Director of Cricket Operations for MI, and travelled with them to United Arab Emirates (UAE) for IPL 2020. Taking to Instagram, MI posted an adorable photo of the couple, and captioned it as, “Three years done, a lifetime to go! Wishing a very happy anniversary to Zak and Sagarika #OneFamily #MumbaiIndians @zaheer_khan34 @sagarikaghatge”.

The World Cup winner announced his engagement to Sagarika in 2017, and the duo got married in the same year.

Sagarika is an Indian model and actress, known for her role in “Chak De! India”. She is also a national level athlete.

Zaheer and Mumbai Indians were triumphant in UAE, winning the IPL trophy. This was MI’s record fifth IPL title.

Known for his seam and pace during a glittering career, Zaheer played in 309 matches for India, and notched 610 wickets. He also won the 2011 ODI World Cup, and received the Arjuna Award and Padma Shri. Only Muttiah Muralitharan (325) and Shaun Pollock (252) have scalped more left-handed batsmen than Zaheer, who has registered 237 wickets of southpaws.

He also was selected as one of the Wisden Cricketers of the Year in 2008, and is regarded by many as India’s best pace bowler in its cricketing history.

In the IPL, he represented MI, Royal Challengers Bangalore (RCB) and Delhi Daredevils in the IPL.

Mumbai Indians Emerge As Most Digitally Engaged Team In IPL