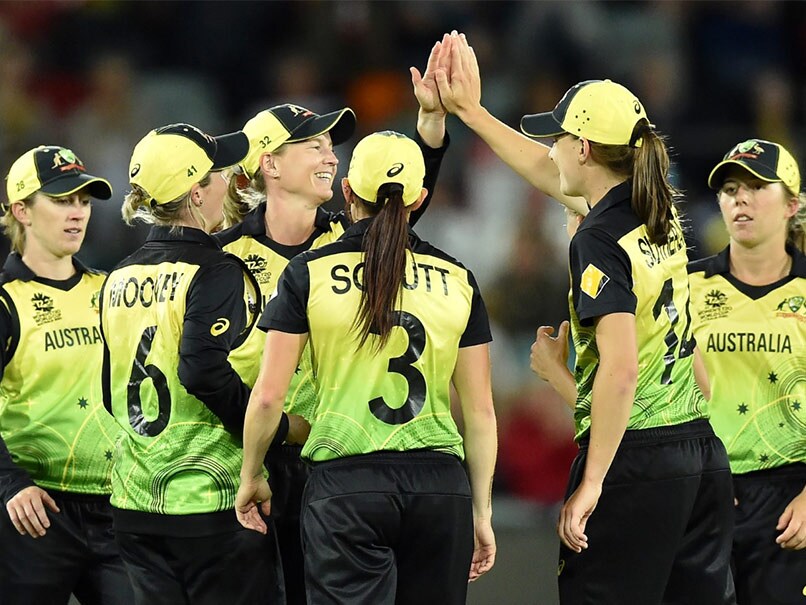 Australia strolled to back-to-back victories at the Women’s T20 World Cup as a potent opening partnership between Alyssa Healy and Beth Mooney helped the hosts beat Bangladesh by 86 runs. Healy’s return to form continued as she made a carefree 83 to hit the top of the tournament’s run-scoring charts, ably supported by Mooney who ended unbeaten on 81. Sri Lanka gave them a fright three days earlier but there were no such scares for the hosts as Bangladesh only managed 103 for nine in reply and Meg Lanning’s side climbed to second in Group A.

Salma Khatun opted to take pace off the ball with five overs of spin in the Powerplay but Healy rocked back and cleared long-on to take the score to 53 without loss from the first six overs.

The keeper-batter made it look easy as she struck sixes over long-off and then midwicket from Khadiza Tul Kubra, bringing up a brutal 26-ball fifty.

Mooney turned over the strike before showing her own strength down the ground with three boundaries in as many overs, helping bring up the first T20I century partnership for the openers.

Their first reprieve came when Rumana Ahmed beat Mooney’s bat and Nigar Sultana Joty was ponderous in whipping off the bails, saving the batter’s skin.

Mooney reverse swept for four to take the stand to 122, Australia’s highest partnership for the first wicket in T20Is.

The breakthrough finally came when Healy sliced to point off Salma, departing for 83 from 53 balls.

The final two overs went for 30 runs and Australia rose to 189 for one from their 20 overs, their second-highest total at the Women’s T20 World Cup.

February 13, 2020 0
Promising India batsman Shubman Gill insists he is not competing with fellow young gun Prithvi Shaw for the opener's slot in the first...

“Absolutely Nailed It”: James Anderson After India Fold For 78 On...

Ishan Porel Can Get Batsmen Like Virat Kohli Out, Says Arun...