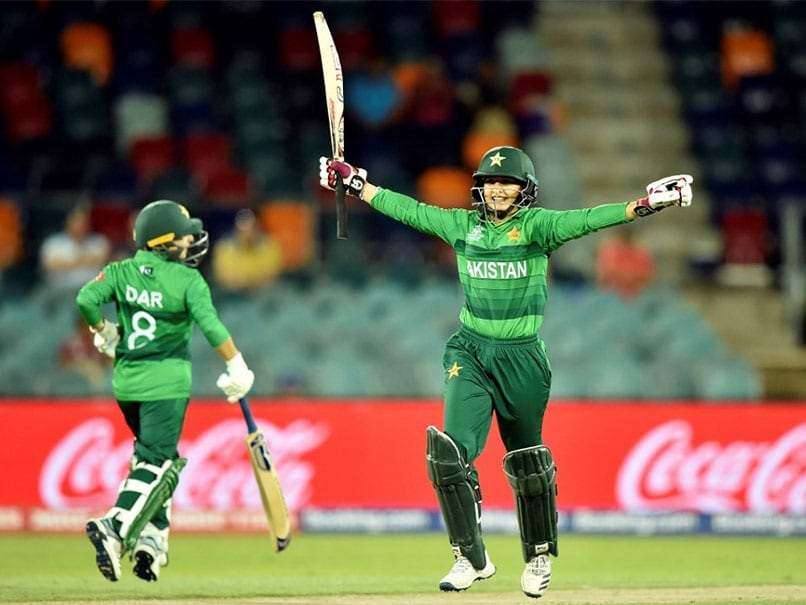 Pakistan claimed the scalp of West Indies as they outplayed the 2016 winners by eight wickets to begin their ICC Womens T20 World Cup campaign with an eight-wicket victory here on Wednesday. Sharp new ball bowling from Diana Baig exposed a struggling Windies top order and only when Stafanie Taylor and Shemaine Campbelle were at the crease did they look fluent in posting 124/7. Pakistan openers Javeria Khan and Muneeba Ali controlled the chase expertly and put on 57, with captain Bismah Maroof’s unbeaten 38 steering her side to a seventh win at the Women’s T20 World Cup.

The Windies top order faltered and found themselves three wickets down within seven overs for the second game in succession.

Hayley Matthews, star of the 2016 Women’s T20 World Cup Final, fell for a diamond duck as Diana got the game’s first ball to move in the air and rap the opener on the pads.

Lee-Ann Kirby’s stand-and-deliver approach yielded three quick boundaries as she lofted Aiman Anwar for four over mid-off and then cover in the fourth over.

But she perished on the first ball of the fifth, Diana enticing another heave from the opener who skewed a catch to Muneeba Ali running back at point, departing for 16.

Deandrea Dottin’s troubled stay at the crease ended when she tried to drag Nida Dar from outside off-stump over long-on and could only pick out Iram Javed, departing for one from 10 balls.

Experienced duo Taylor and Campbelle steadied the ship, the captain improving on the disappointing strike rotation last time before Campbelle cleared the midwicket rope of Dar.

Campbelle – who brought up a century of T20I appearances against Thailand – missed an attempted reverse sweep off Anam Amin and while given not out on-field, Bismah’s referral adjudged her lbw for 43.

All-rounder Chinelle Henry couldn’t settle, dropped on her fourth ball as Anam grassed a return catch, but she departed when trapped lbw for four playing Aiman Anwar across the line.

Taylor put her foot down in the 18th over, carting Aiman’s low full toss over midwicket and just clearing the long-on boundary off Nida before picking out Diana on the cow corner fence for 43 from 47 balls.

Pakistan’s opening pair were cautious at the start of their reply, with thick edges wide of the slip cordon yielding three boundaries inside the first four overs as they reached 28.

It took the Windies skipper herself to remove Javeria, who misjudged the length of a straight one and departed lbw for a well-made 35.

Muneeba, whose opening partnership of 58 with Javeria was Pakistan’s highest first-wicket stand at the tournament, failed to pick Fletcher’s googly on 25 and could only chip to Anisa Mohammed at midwicket.

Pakistan were untroubled in the closing stages with Bismah hitting the winning boundary.

February 27, 2020 0
Ajinkya Rahane wants to take on the New Zealand pace battery with more intent in the second Test and his foolproof strategy includes...

Kings XI Punjab vs Sunrisers Hyderabad Live Score, Over 11 to...